The history of Italian Melton wool making goes back hundreds of years in England, Scotland and wales.  Melton wool was first produced in the Lancashire town of Melton Mowbray. The town and surrounding areas became a hub for the popular wool production, which was used by people from all walks of life from necessities like blankets to luxuries like fitted coats. 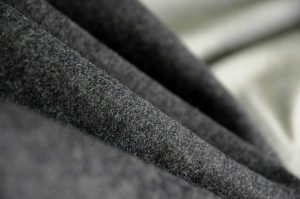 The making of the wool itself is steeped in tradition. The long process it took to create lengths of high quality fabric took many workers to complete each batch.  The wool is woven into a twill formation, then napped to raise the fibres then closely sheered to give a smooth finish.  After the sheets of fabric were produced they then had to be turned into the dense, heavy wool Melton was so well known for. This laborious task was known as fulling which was made up of two main processes, scouring and thickening. 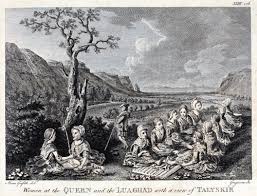 Scouring was the cleaning process; In Roman time’s urine was used to cleanse the cloth as the ammonia got rid of any grease, dirt and insects. Much later in medieval England a type of clay was used to de-grease and cleanse the cloth, this clay commonly known as fullers clay had large quantities of aluminium silicate which cut though the grime and was used in the washing process.

Teams of women would take a length of cloth and literally pound the fabric with their feet, hands or wooden clubs to compress the woollen fibres until a thick closely packed cloth is created. This process results in making the wool weatherproof against the harsher elements of our weather. Traditionally the fulling women would sing songs to keep up the rhythm of the work, starting slow as the first part was quite a chore, and speeding up the songs as the possess got easier.  But just to make it more tricky, I was seen as bad luck if you aver repeated a song or a verse in each batch made, so hundreds of songs were created just for this ancient method of fulling! 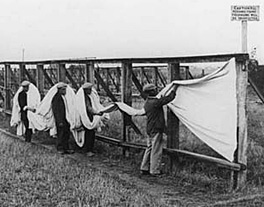 Interesting fact; after the whole cleaning process was done, the wool had to be dried naturally and to prevent shrinking the cloth was placed on large frame called a tenter. The cloth was suspended and held in place with hooks to stretch the fabric until it dried. So when you describe being held in suspense and “waiting on tenterhooks”, this is where the originated from.

Ironically the two most iconic uses of Melton wool in the 18th and 19th century  were items of clothing used by people on opposite ends of the class spectrum, but for the same reason, weatherproofing.

As much as it is frowned upon today, foxhunting is integrated into the upper class English history.  The iconic frock coats worn whilst on horseback were, and still are traditionally made from Melton wool. The leaders of the hunt wore the deep dyed bright scarlet jackets which have become an iconic symbol of the hunting elite. When out riding in the countryside in the typical English unpredictable weather, a fabric was needed to protect from the cold, wind and showers so the thick Melton wool was ideal. The tailoring of the jacket was fitted to the wearer; this of course added extra cost to the coat along with the rich scarlet dying process. 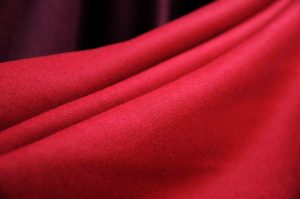 On the other end of the spectrum, the working class men of England also needed to be weatherproofed, and for a good reason.  A Large proportion of work available was outdoors. The population was growing, towns were spreading and houses, shops and factories needed to be built. The donkey jacket was designed for the working class man for practical outdoor work. The jacket was traditionally made from Melton wool with leather on the shoulders, this shoulder protection essential for when building materials were carried on their shoulders, protecting the fabric of the jacket and the wearer. The coat was not tailored to the wearer, the shape had to be loose to aid movement, luckily this one size fits all design kept the costs down and the black dye used was not quite as pricey as the bright scarlet.

Because of its weatherproofing qualities, Melton wool was also the go to fabric for many kinds of official military wear. From beautify crafted and decorative military wear in the 1600s and onwards to the sleeker minimalised modern version. Wool was used in the military uniforms of many different countries all throughout Europe and further afield, the tough durability teamed with its wear ability proved an ideal fabric for combat and formal wear and is still used today in uniforms worldwide. 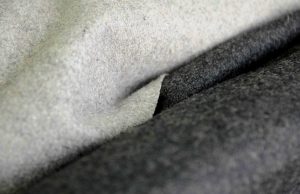 The British Army, RAF and Royal Navy especially benefit from the weather proofing properties of Melton wool for their uniforms. The classic style of coat worn at sea called the “Pea coat” became so popular for its durability and its design that the contemporary fashion version has hardly changed and is still worn as a timeless classic.

The production of Melton wool gained popularity in Europe in the last century, particularly In Germany and Italy. In Italy the process of Melton wool has developed some of the highest quality fabrics for the fashion industry from thick durable wool used for overcoats and capes to fine lightweight wool used for skirts and trousers. 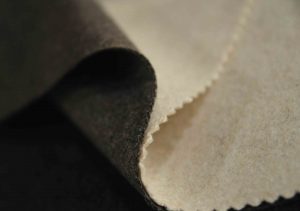 The wool produces can range in composition from 100% and lower, the very popular blends used for clothing are around 50% wool with an acrylic and polyester blend. The Italian Melton wool we stock here in Fabric UK comes straight from manufacturers in Italy with the composition of;

The classic shades of the Italian Melton wool are a collection of rich deep tones. Various cool tones of grey are available along with warm shades of brown and beige. 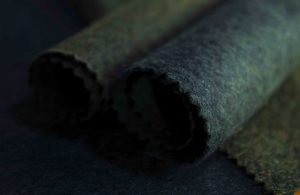 The stronger colours in the collection are rich berry reds and burgundy tones, classic deep navy blue, dark greens from olive to forest and even a brighter turquoise. 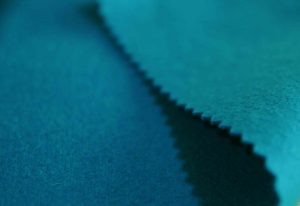 We have the new collection arriving from Italy very soon, when we get the new colours we will post new images of the collection ready for you to view and choose.