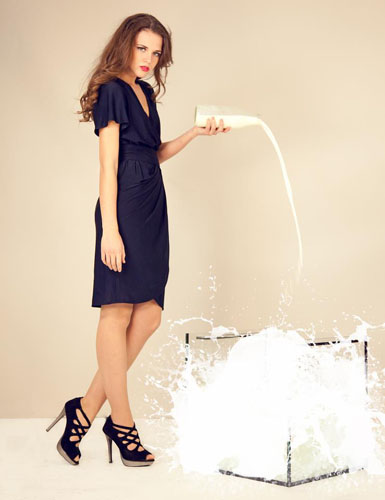 It’s always valuable to learn something new and I bet you didn’t know all of this information. A few of these interesting points highlight some of the innovative research which has been going on in recent years and may start to affect yours and company fabric choices. From remarkable modern fibres to developing sustainable practices, here are 5 fabric facts to pick up on. Also be sure to look out for future posts regarding some of the issues included here.

If You Have Expensive Taste…

The most expensive fibre in the world comes from the Vicuna which is a type of camel (a camelid) and boasts the softest and rarest fibre in the world which is a result of its fineness; in fact it is the finest fibre which can be spun measuring only 12 microns which is much thinner than a human hair (50 microns). In addition, because the species was endangered and their coats take such a long time to grow, this makes the hair very rare and expensive. A coat made from Vicuna fibre costs from the equivalent of 20,000 dollars.

There is some controversy over what is the strongest fibre in the world. The strongest synthetic fibres that are used for bullet proof vests, heavy duty backpacks and boots include Kevlar, Spectra, Dyneema and Zylon. What is considered to be the strongest natural filament is spider silk, with some spiders producing stronger silk than others depending on the type of spider. Further to this, researchers who sprayed spiders with carbon nanotubes and graphene believe that after the spiders ingested these chemicals they produced silk with extraordinary strength even greater than the synthetic fibres.

How Much Fabric Can Be Used For A Wedding Dress?

There really seems to be no limit with the world record for the longest wedding gown train being just under two miles! The record was set in Romania in 2012 beating the previous record of 1 mile. The wedding dress cost the equivalent of 8000 dollars in materials.

You may have heard that Speedo developed a swimsuit which led to world breaking records in the Beijing 2008 Olympics in the swimming. But did you know that actually an incredible 46 records were broken and 94% of them were achieved by athletes wearing this innovative suit. It’s amazing what fabric can do right? This led to the international swimming federation placing a ban on this swim gear which was made using a fabric named LZR Pulse, a very lightweight, compressive, densely woven nylon and elastane microfibre.

New innovative fabrics are being developed for more environmental and sustainable production methods plus who knows what other benefits they could bring to industries! One of these new fibres is called Qmilch which is made from a protein in sour milk and is far more sustainable than cotton and synthetics because it uses less water and chemicals. As the developments of this fibre improves we may see it occur on the luxury or sportswear scene because of its similar feel to silk and body temperature regulation and anti-bacterial properties. Another fabric is S.Cafe which comes from Taiwan and uses recycled coffee grounds to make a fabric that has odour reducing properties, is lightweight, breathable and more energy efficient in the production process. It again is one to look out for on the sportswear market and has already been used by Puma and North face.