Because Baize is a fabric in the wool family, it is quite heavy and durable. Although it is commonly compared with felt, baize is actually a different type of woven wool that is “napped to resemble felt.” 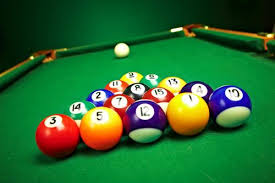 According to the Merriam-Webster dictionary, the term baize is of French origin. However, it is actually an English fabric. According to the same source, the first known use of baize was in 1578.

Traditionally, baize is not used for clothing, but rather finds a use in furniture, home décor and soundproofing. However, it was used in clothing in previous centuries, especially for nun and monk habits.

Because enthusiasts use the applications of baize as covering for furniture such as card tables, linings for drawers, cupboards and storage containers, baize is commonly confused with the felt found on pool tables and indeed may be also be used there as well. Most commonly, baize is green, and is thus associated with the green-covered pool tables found in game rooms. Thanks to the heavy nap, baize prevents objects from slipping, which is why it is popular on game tables. 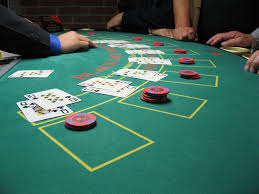 However, baize is also available in other colors, including red. It is commonly used in Roman Catholic churches as altar cloth protectors and can also be found in museum cases as well as desks.

In the past, large homes used baize as a sort of sound proofing, to mask the noise of a door between the servant’s side and the family side, or between any room and the rest of the house where quiet was desired. It was also commonly used as a daytime tablecloth, affording protection from damage, thanks to its durable nature.

The most prominent modern uses of baize are to top pool tables and other game tables as well as to line silverware drawers.

Due to its popularity in a variety of applications from dress to home décor, there are many historical literary references.

In Mansfield Park by Jane Austen, “An enormous roll of green baize had arrived from Northampton, and been cut out by Mrs. Norris, (with a saving, by her good management, of full three quarters of a yard,) and was actually forming into a curtain by the housemaids, and still the play was wanting; and as two or three days passed away in this manner, Edmund began almost to hope that none might ever be found.”

Letter from Abigail Adams to John Adams, 3 December 1788, “I would recommend to you the Green Baize Gown, and if that will not answer, You recollect the Bear Skin.”